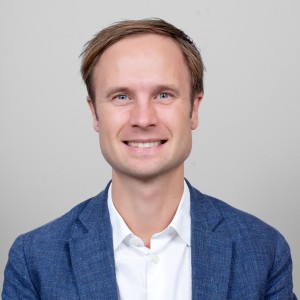 Anders Åhlén was a consultant with McKinsey & Company from 2009 to 2016. Anders managed a wide range of projects, serving both the private and public sector in Sweden, Europe and Australia. Anders was part of the teams working on McKinsey’s global greenhouse gas abatement cost curve and the latest report on the Swedish economy.

After McKinsey and before joining Material Economics, Anders was Head of Program in the management team of MTR Pendeltågen AB 2016-2018, leading the preparation for the O&M contract for the Stockholm Commuter Trains, a 30 bn SEK franchise and MTR’s preparation for taking over operations of the newly built City Line.

Anders holds a M.Sc. in Engineering Physics with specialization in Energy and Environmental Technology from Chalmers University of Technology and a M.Sc. in Business Administration from School of Business, Economics and Law, University of Gothenburg.