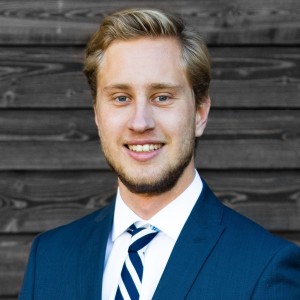 David previously worked as a research analyst at the World Bank Group’s International Finance Corporation (IFC) in the field of TMT and disruptive tech. Prior to this, he worked as a diplomat trainee for the Swiss embassy in Buenos Aires and completed several internships in the financial sector. As an extracurricular activity during his studies, David was the head-organizer and president of the biggest student simulation worldwide of the World Trade Organization (WTO) in Geneva.

David holds a M.Sc. in Economics from the Stockholm School of Economics, where he was also selected for the Wallenberg International Fellows scholarship program and studied international business diplomacy at Georgetown University in Washington DC. His master thesis on the topic of fossil fuel subsidies and carbon emissions was awarded with the highest grade. In addition, David holds a B.A. in Economics from the University of St. Gallen and spent one semester at Bocconi University in Milan.