Plastic waste has emerged as a major environmental, industrial and policy concern in recent years, within Europe and globally. A key gap in debates on the topic, however, is the lack of reliable data on how much plastic waste there actually is.

This study presents new estimates of European (EU 27+3) plastic waste volumes. It finds that Europe generates about 45 million tonnes of plastics waste per year – 50% more than the 25–30 million tonnes assumed by policy-makers and industry.

A key implication is that plastics are not nearly as circular as typically thought: only 15% of end-of-life plastics generated each year are recycled into new materials. The rest are landfilled or burnt to produce heat and power.

It is clear that deep, systemic changes are needed to fit plastics into a circular and net-zero GHG economy. The report identifies eight priority areas for policy-makers’ attention, describing several interventions that have been proposed in Europe and globally. 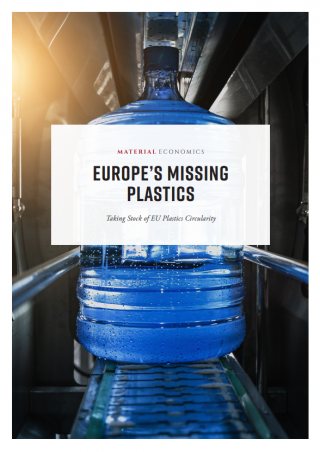